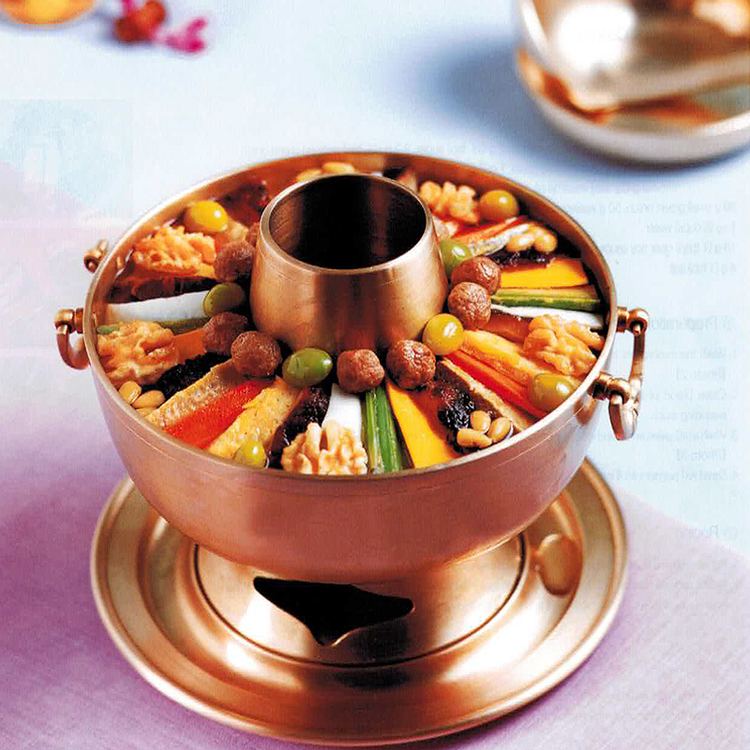 Sinseollo -신설로  Heavenly Casserole or royal hot pot is an elaborate dish consisting of meatballs, small and round jeonyueo, mushrooms, and vegetables cooked in a rich broth in Korean royal court cuisine. A dish is a form of jeongol. It is served in a large bundt pan-shaped vessel with a hole in the center, in which hot embers are placed to keep the dish hot throughout the meal.

Sinseollo -신설로 Heavenly Casserole is the proper name for the cooking vessel in which this dish is served, which has become to mean the actual dish as well. Sinseollo is a composite word of sinseon (hangu, hanja), “Taoist immortal spirit” and ro (hangul, hanja), brazier. Jeong Hee-Ryang, a scholar in the court of Joseon Dynasty’s King Yeonsan, turned to a hermit-like life in the mountains after being exiled and disillusioned from politics. He made a small brazier to cook his meals, a portable cooking vessel that would cook various vegetables in a single pot. He disappeared in the mountains and legend says he became a sinseon, so the cooking vessel was named “brazier for a sinseon“.

Although the origin of the dish was based on vegetables, meat and fish were added in later years. Up to 25 ingredients may be used in making the dish, such as beef, pork, chicken, pheasant, fish, abalone, sea cucumbers, and various vegetables. Boiled beef and sliced mu are placed in the dish with seasoned beef and the seafood. Mushrooms, carrots, and other vegetables are placed next, with meatballs, walnuts, pine nuts, ginkgo nuts, and finely shredded red pepper used as a garnish to create a colorful balance. Soup stock is poured over and then the dish is cooked with charcoal on the burner. 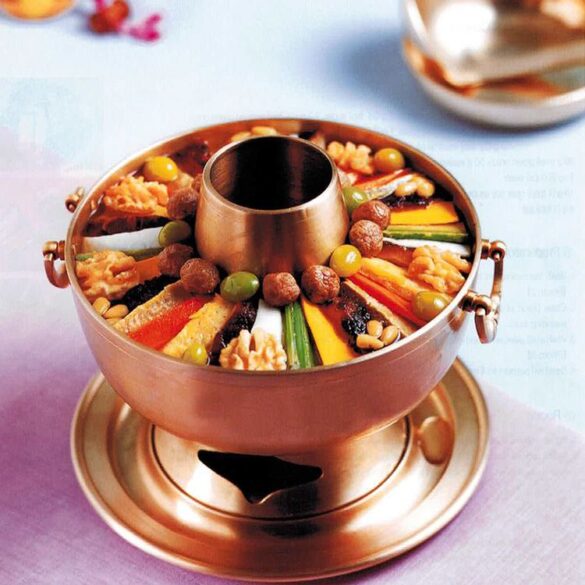 You can also put the fried ingredients at the bottom of the pot. 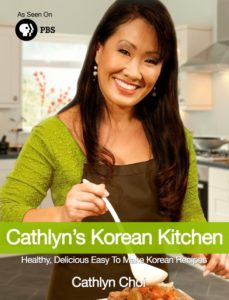